Hey you. How'd you end up here? The content is on the other side.

Honestly... Can't take you anywhere...
Anyway, I like your curiosity. And since you're already here, check me out on these other platforms.

I like puzzles. I might venture as far as to say that I love puzzles. They give me joy. The feeling of solving one, the thrill of completing a challenge, bragging rights.

What I’m trying to say is that if I were a Powerpuff Girl, I’d be Blossom 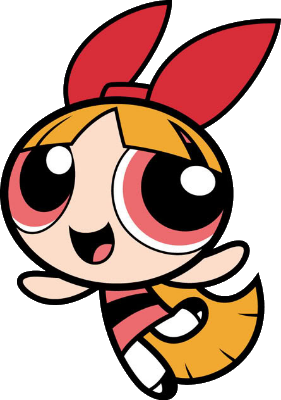 So if you guys ever want to try an escape room, I’m your Powerpuff.

But there’s one puzzle that always eluded me, it was cool though because no one else in my life could solve it. The legendary Rubik’s cube – the one cube to rule them all. For the most part of my life, I have used it like a stress ball. Making random patterns was all I could do. One day I even solved two sides. I was so stoked! But that was the end of me caring about solving it.

Until one day… he did it. And I was so jealous.

With that in mind, let’s dive right in.

This step is crucial. Without this you have nothing.

The seed of hate you sow should fester into a burning desire to crush him (or her – women can hate too). This desire then blossoms into the urge to gain the knowledge required to defeat said best friend.

So, Shad, you know him, right? He bought a Rubik’s cube and being the aesthetician I am, I thought he’d use it as a centrepiece or something. I know, it was a wild thought given who Shad is. At that point, he probably didn’t even know what a centrepiece was.

To my surprise, he actually took the time to learn how to solve the thing.

And he was quick with it too.

I hated him so much then but I have couth so I kept it inside like a normal psychopath.

This is step is optional.

You’re probably never going to murder him/her. But plan it in your head and then see the ramifications of your fictional actions. Are they good? Then go for it. But remember, you have to find someone else to delete your browser history should anything happen to you.

Ask yourself again, is it worth it?

The answer should be no.

If it isn’t please leave. I don’t want you here.

Psst… Now that the murderers are gone, you can still kill your best friend. Just become a writer and you can murder him all you want.

Step 3: Swallow your pride and ask your friend to teach you

This is a hard step but it helps if your friend is friendly. There are friends who frankly should be demoted to acquaintance or colleague or ‘that guy I know’.

Shad was gracious enough to teach me. But your boy over here was slow in getting the last few steps and I concluded that he was a practising wizard. He was solving the thing using magic – that was the only logical explanation.

Google is your friend.

There are so many tutorials out there on the Rubik’s cube. Some claim you can solve it in five seconds or less! That one was probably sponsored by Hogwarts.

I just checked and there are even some on page three! Amazing!

I looked at a lot of these but I still got stuck on the last few steps so I went to step 5.

Step 5: Realize that your problem is that you are impatient and don’t want to follow instructions

Sometimes a man just wants to figure stuff out by himself. Sometimes a man is wrong but he doesn’t want to admit it. It’s why we don’t ask for directions.

That and Google maps.

Step 6: Swallow your pride again and patiently ask your friend to teach you… Again

It went surprisingly well the second (read as the fifth) time. I still had trouble with the very last step and therefore questioned Shad’s ability to convey knowledge to another human being. Seriously dude, WTH? I’m a good student, I shouldn’t have all this trouble.

Step 7: Ask… nay… Tell your friend to write the damn thing down

Surprise surprise, after this I solved my first Rubik’s puzzle. I even uploaded it to Facebook because it’s a life goal and you gasta recognize.

What am I saying? Reading is always better.

Step 8: Flaunt your new ability to family and friends

This is the ultimate “I am way better than you” slap in the face that your friends need. It’ll go something like this:

Guy: *Comes to my house for the first time and sees a Rubik’s cube on the coffee table* Is that a Rubik’s?

Me: *Flabbergasted as to how people can ask such obvious questions* Why, yes it is.

Guy: Can you solve it ama you bought it just to display on your table?

Me: Of course I can solve it.

Guy: *Picks up the cube and jumbles it* Prove it.

And then I solve the thing and he’s like…

Step 9: Challenge your best friend (and… sigh… “teacher”) to a duel

I won by the way. Shad has nothing on me.

In other news, Shad just had a birthday.

He’s super old now. “Rock of ages cleft for me…”

Say happy birthday to him in the comments.

PS: If you really want to learn how to solve the puzzle, see step 4.

Mark Wambugu
in Life, Random
4 Comments
0 Likes
That Time I Killed all the ChickensPrevious
Candy CrushNext

Buy Me a Coffee

Hi there. Sorry to impose like this but the ads help me feed my cats, please disable your Ad Blocker to continue.